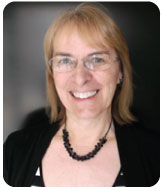 Debra Wanless talks about Wanless Music publications including Pianozzazz, Keyboard Harmony, Harmonizing Made Fun, and her beginner method, Let's Begin. We talk about the benefits of harmonizing at the keyboard, composing, editing, and the subtleties of teaching staff notation. We also learn about how she brought the Leila Fletcher beginner piano method back to life. https://www.debrawanless.com/ 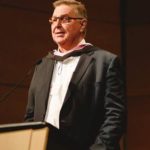 In this episode, we speak with renowned American pedagogue, Dr. Scott McBride Smith. After sharing of his somewhat unconventional path as a budding pianist, Dr. Smith talks freely about how he became interested in and became a leading authority in piano pedagogy. We later talk about the need for studio teachers to stay relevant, and how recent research can shed light on modern tactics for motivating students to practice. This engaging conversation also touches on the creation and success of American Popular Piano, (featuring music composed by Christopher Norton) which Dr. Smith edited. The APP Etudes series is required study for the Conservatory Canada Contemporary Idioms Piano examination. 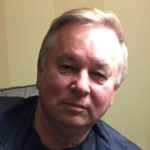 In this episode, we speak with renowned composer, Christopher Norton.  Chris shares some of his background, what got him interested and started in composing, and we listen to some of his latest works for piano and a sample from his MicroMusicals. We also talk about his wife, Wendy, her role in his musical writing (as well as some of her own), and their recent move to Canada. Christopher enjoys an international reputation, and is easily one of the most famous living composers of music for piano students on the planet. Nearly all of his piano works appear on our Contemporary Repertoire Lists, and his MicroMusical songs appear on our Contemporary Idioms Vocal Repertoire Lists. 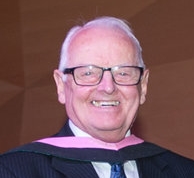 In this debut episode, Derek speaks with Dr. Donald Cook, one of CC's founding directors. Before talking about the merger between two former conservatories that created Conservatory Canada, Dr. Cook shares biographical details on his formative years and building the School of Music at Memorial University in St. John's Newfoundland.